Somewhere along the line, Christians took the biblical commands against “perverse language” and “corrupt communication” and equated that with the Seven Words You Can’t Say On The Radio.  In fact, those Seven Words seem to have taken on an almost mystical quality among Christian youth, with code words and substitutions being employed (“the b-word,” “the f-bomb”).  I remember in youth group once I got in trouble for even spelling a curse word out.

We’ve talked about this before.  I remain convinced that verbal practices such as gossip, slander, tearing-down-of-one-another, sowing discord–those practices far better fit the description of “perverse language” than what modern Christianity considers “profanity.”  You can destroy someone with your tongue (cf. James 3:1-10), and you don’t need to use “profanity” to do it.  While on the other hand, the only reason “shit” (the Saxon-based word) is profane and “excrement” (the Latin-based word) is not is usage–there is nothing intrinsically wrong with the Saxon word as opposed to the Latin word.  In essence, curse words are offensive because they are commonly used as though they are offensive.  Social convention, that’s all.

Since this discussion has broken out again (with rumor having it that one Christian recording label balked at publishing a Derek Webb album because, supposedly, one song contained the word “shit”), and since people are talking about why curse words are bad again, I thought I’d point something out.

“Then Saul’s anger was kindled against Jonathan, and he said unto him, Thou son of the perverse rebellious woman, do not I know that thou hast chosen the son of Jesse to thine own confusion, and unto the confusion of thy mother’s nakedness?”  (1 Samuel 20:30, KJV)

This is from the part of the Bible where Prince Jonathan covered for David while David snuck off home, and the mad king Saul was ticked because Saul was planning on killing David.  Shortly after this exchange, Saul throws a spear and tries to kill his own son.

Look at this passage, though.  “Son of a perverse rebellious woman?”  Sure, that’s the literal translation, but think.  Saul’s really angry, and he’s shouting at his son, but the English translators of many Bible translations seem to be beating around the bush here.  What Saul says here, ben ‘avah marduwth, is a colloquialism.  In Hebrew it’s quite vulgar.  Modern English has a very similar colloquialism with an equivalent meaning.

Saul’s basically calling Jonathan a “stupid son of a bitch.”  And it’s in the Bible.  Just because “son of a perverse rebellious woman” is not a “swear word” outside of Hebrew doesn’t take away the meaning of what is being said here.  (Some paraphrase translators do translate it “son of a bitch” or “son of a slut”)

Now, what am I saying here?  Am I saying, “Oh look, Saul did it, it’s okay for me too!”  Hardly.  Saul isn’t exactly the sort of example I’d want to emulate–and he’s certainly using the phrase to tear down his son Jonathan, which would make this fall under the “corrupt communication” category.  But what I’m saying is that there’s nothing so wrong with the phrase itself that the writers of the Bible didn’t dare record it.  It’s wrong to address someone with a phrase like that–to use my tongue to hurt others.  It’s not wrong to simply say or write the word–nothing intrinsically wrong with the word itself.  I don’t need to cover it up by saying “the b-word.”

“The same day there came certain of the Pharisees, saying unto him, Get thee out, and depart hence: for Herod will kill thee.  And he [Jesus] said unto them, Go ye, and tell that fox, Behold, I cast out devils, and I do cures to day and to morrow, and the third day I shall be perfected.”   (Luke 13:31-32)

Now it gets tricky.  We have Jesus talking here–one whose actions and words Christians DO want to emulate.  And Jesus calls Herod a fox.  That may not sound like such a bad thing in modern English, but remember that in that culture it was a great insult–essentially a “curse word”–to call someone a dog, and a fox is in the dog family.

When Jesus insulted people, he generally didn’t seem to go out of his way to insult them, but he did call things as he saw them.  His insults tended to be descriptive.  The most common things he called the Pharisees were “blind guides” and “hypocrites.”  If he called Herod a “fox,” it makes sense that this was a descriptive insult–presumably saying that Herod was crafty or wily or cowardly.

Elsewhere in the gospels, both Jesus and John the Baptist refer to certain people as “vipers,” or a “generation of vipers.”  Again, this seems descriptive of particular traits, not something Jesus threw around indiscriminately.  I don’t know if “vipers” was as offensive in that culture as “fox” was, though.  But the point being, in either case, the writers of the Bible didn’t “bleep out” Jesus, or “bleep out” Saul.  They recorded it as it was said.

The language usage of the Bible extends to the scatological, too.  Check out Philippians 3:8.

“Yea doubtless, and I count all things but loss for the excellency of the knowledge of Christ Jesus my Lord: for whom I have suffered the loss of all things, and do count them but dung, that I may win Christ…”  (Philippians 3:8, KJV)

I’ve heard praise songs based on this verse.  Perhaps unsurprisingly, none of them included the part about dung.

Some modern translations put it, “I consider them rubbish” or “I count them as garbage” or more rarely “filth.”  Which can be a correct translation, though the Greek word being translated (skubalon) can also refer to literal animal dung.  I would hazard that a colloquial modern equivalent might be something like “They’re not worth shit.”  (But then, you’re also talking to someone who hears “Hell no!” every time Paul writes “Certainly not!”)

Michael J. Sviegel agrees, albeit in a humor column.

“The problem with translations like “refuse” and “rubbish” in today’s idiom is that the recent movement… towards recycling implies that almost all refuse or rubbish has some value. Likewise, even “dung” could be construed as having usefulness at least as fertilizer. Only a harsher term like “crap” would indicate the utter uselessness that Paul had in mind.”

Even leaving off my colorful self-paraphrase, it seems an odd place for a scatological reference.  Half of the reason words like “shit” are considered profanity is that they deal with unclean bodily fluids (the other half being their origins in a peasant language)–so why does Paul choose a word that references such?  He doesn’t seem afraid to reference unpleasant bodily functions to describe things he finds distasteful or useless.

You also have the Old Testament custom of describing adult male as “he who pisseth against a wall”–one’s method of urination being part of what defines one.  Again, there’s no real way around the fact that the original language of the Bible was not always squeamish when it came to describing bodily fluids.  (There are times when it is–someone defecating is described through the careful euphemism  “covering their feet,” such as Saul in David’s cave or where the guards thought King Eglon was.) 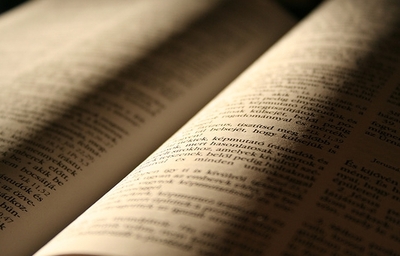 There are words that the Bible says we should not say, or at least not say without very good reason and in the right attitude.  But rather than being crude words or words referring to vulgar bodily acts (shit, ass, fuck) or insulting/cursing words (damn, hell, bitch, bastard), the words we should be careful saying are the holy, sacred words.

“Thou shalt not take the name of the LORD thy God in vain; for the LORD will not hold him guiltless that taketh his name in vain.”

The writers of the Bible held the name of God to be so holy, they would never pronounce it aloud–they would only write it down.  When reading the Bible aloud, when they got to the place where the Tetragrammaton (the name of God) was written, instead they would say “Adonai” (which means “My lord”).  In fact, centuries later when vowel marks were incorporated into the Hebrew language, copiers of the Bible put Adonai’s vowels into the YHWH consonants (possibly because by that point the correct pronunciation of the Tetragrammaton had long since been forgotten).  (Later, the mistaken combination of the two words by those who didn’t understand the tradition gave us the combination word Yehovah.)

If there are any words that we as Christians aren’t supposed to say lightly, it’s not what we’ve come to understand as the “curse words,” but rather the holy ones.  With the “curse words,” there’s nothing intrinsically wrong with pronouncing them, only with how we use them.

1 thought on “Curse Words In The Bible”